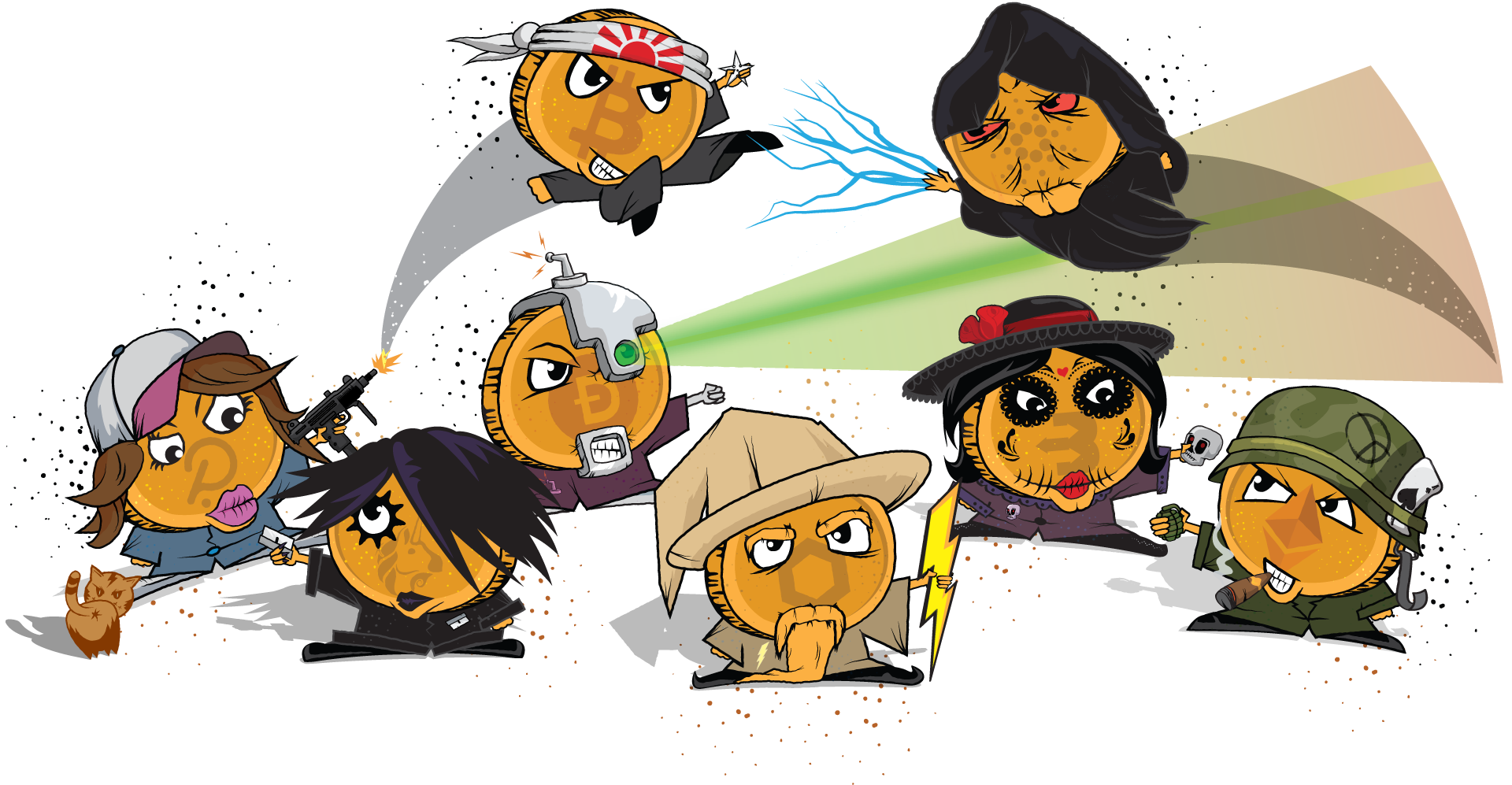 Hold 50 KIT or 200 BITT in polygon wallet and and be automatically whitelisted to pre-mint!

(Coin League Team will be pre-minting 1,000 NFT’s for Promotions, Giveaways and Partnerships.  Minting will start at #1001)

P.S: NFT Holders will be able to claim their portion of the revenue share monthly which will be distributed in BitToken (BITT).

Royal Rumble has been added to the Game room already with a Jackpot!!

NFT multipliers are for Captain Coins only and are based on the NFT body type and will be used in the NFT Game Room.

Each NFT is minted with a random attack, defend and run value from 0-1,000. Players can fight their NFT’s against each other. The rarity of NFT give them a better roll. The fight is determined by the rarity or the NFT as well as the Attack, Defense and Run values.

Points are recorded on the “Battle Leaderboard”!  Weekly and Monthly prizes will be given to top fighters!

More NFT games are being built as we evolve the game including special NFT tournaments!

Coin League on BSC?  Yep, that’s a thing on development too!

Please be aware this version of the game is a soft launch BETA – This means we will be monitoring the game for improvement as more users slowly join. By playing this version you are helping the development of the game and, as a BETA version, be aware that games may not function as intended. Therefore any bugs that occur where MATIC is not recoverable that Matic will be lost and not redeemable to winners.

Thanks and enjoy the game responsibly. Please also join the Coin League Discord server to report any bugs.

Setup Polygon Wallet
The first thing you need to setup is the Polygon network in your Metamask wallet, if you haven’t setup a MetaMask wallet this video tutorial will help you do both:

Click the Coin Leagues section on the main menu to view the current games you can join.

You will see the games that are in progress.

Below that you will see games that are available to play and that are waiting on players to start the game.

when clicking on a game you will see the type of game it is either Bull or Bear and if it’s 1hr, 5 mins, 4hrs or even 24 hours.

In the first dropdown select your Captain Coin (the coin you think is going to gain the most for BULL games or lose the most for BEAR games) this captain coin will receive a 1.2x Multiplier on its % gain for bull games or % lost for bear games.

In the second dropdown select the remaining coins you want to play with up to 10 coins can be chosen depending on the game type.
Once finished an “Enter Game” button will appear Press that and your Metamask wallet will prompt you to complete the transaction to enter the game. The captain coin with a 1.2x multiplier combined with your other coins will make up your team, their percentages will be added together to make up your total score.

The game will not start until all players needed have entered.

your rank is based on the percentage gain or loss combined for the coins you chose.